A Year of Medical Mental and Physical Damage... and TYRANNY!

A Year of Medical Mental and Physical Damage… and Tyranny! Who would have thought that Big Brother would have come in a white coat? It’s been an entire year of Covid-19 sickness and oppression! Most figure that the oppression is no big deal, and don’t even consider this oppression, because the sickness is such a big deal, because “we’re saving lives.”

But what if the level of sickness from Covid-19 was deliberately manipulated upwards, in order to justify wide-spread, year-long oppression? What if this oppression is causing more sickness than the actual virus?

It’s been a year since they locked us down, and told us that it would be only two to three weeks to “flatten the curve,” so as not to overwhelm the hospitals. With very few exceptions, hospitals never came close to being overwhelmed. So, the “goalposts” were moved… and moved … and moved … and moved. But you still BELIEVE? Then there’s the blessed, alleged scientific advice of St. Anthony (Fauci), who declared NO MASKS (3/09/20), then, one mask, and now two, in the face of declining numbers and the “miraculous” vaccines. But you still BELIEVE?

]What have we been told, incessantly? “Science is real.” “Follow the science.” “We’re all in this together.” We’ve been told that we have to win the “war” against the virus. I hate to be over-political or over-philosophical when discussing health matters, but real science has little to do with this. The alleged science defies epidemiology, the study of how epidemics spread. It defies basic biology, having us totally ignore the fact that we have immune systems, the state of which is more important than any modes of transmission, certainly in the case of this virus. AND this alleged science, used as a weapon by power-hungry politicians and public health organizations and officials, and grotesquely greedy pharmaceutical corporations, along with the compliant media, has played fast and loose with statistics. We should think on what Mark Twain said on the subject: “Facts are stubborn, but statistics are more pliable.”

In the end, I’m sure that more people will succumb to the medical/political oppression than from the virus, itself. How can I say this? Let’s think about all the people with heart attacks and other medical emergencies who, especially in the beginning of this, died at home because they were petrified of going to the hospital. Let’s think about skyrocketing levels of domestic abuse, violent criminal behavior, drug overdoses and suicides. We will be left with a sicker, nastier authoritarian society.

Shocked by the “number of deaths,” now over half a million? First off, this number is grossly exaggerated. Given the thousands of stories of people dying from other causes, but having tested positive for Covid-19, I wonder if the real number is closer to 100,000 or 150,000, on par with a bad flu year. (Funny how the flu just disappeared.) The most commonly used test, the PCR test has been conducted, by direction from WHO, in a manner to purposely produce a lot of false-positives… cases where people are not infected, but they appear to be. The test, itself, is deemed “experimental” for these purposes by the FDA. The inventor of the test, Dr. Kary Willis, declares that this test is NOT a diagnostic test. So… how do they know you have it? The vaccine, too, is “experimental.” It is approved for “emergency use.” It is not even a vaccine; it is gene therapy, a totally novel, unproven approach. Real science is supposed to be based upon truth and transparency. The vaccine makers have suppressed news of the side effects, which they cunning refer to as “immune responses… your immune system is working.” They claim 75, 90 and 90% effectiveness. Really? Truth: The vaccines do not prevent Covid-19. They do not prevent transmission. Moderna and Pfizer have refused to release their raw data. And 75, 90, 95% effective in exactly what way? All they are claiming that, if you get it, your case will only be mild or moderate. Well, that’s what happens almost all the time. So, on that basis, maybe they should claim 99%. And what happened to their promise that we could go back to normal when the vaccine comes out? 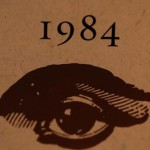 world, which increases human misery and causes deaths in and of itself. Drive or walk down any commercial street. How many empty stores and restaurants? How many people with small businesses have had their dreams crushed and their financial well-being shattered? How many employees have lost everything?

The REAL scientific study is in real life. The REAL science is in. Sixteen states, now, have no mask mandate. Some have never locked down, and some, only minimally. Are they any sicker? Any more deaths? No. The experts have been proven wrong. It’s as simple as that!

How about some real science, based upon real history, from the last real pandemic? In the 1918 flu pandemic, 25 to 40 million people died, worldwide. Data from Iowa showed that of people under medical care with that killer flu, one out of 15 died. Under chiropractic care, one out of 886. Who ya gonna call? 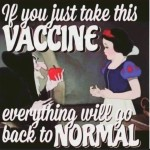 Where is the scientific evidence that proves that lockdowns, 6 foot social distancing and/or masks do anything significant to limit infection? This is fake science. This fake science is used by politicians, with dictatorial inclinations, to justify CONTROL. “They” are not out to keep us safe. “They” are out to control us, to destroy our liberty, our jobs, while they are destroying small businesses and making big businesses, like Amazon, Costco and Home Depot, richer.

You have an immune system, so do everything that you can to pursue Health… good food, good attitude, proper rest, and make sure that your nervous system is free of interference through regular wellness chiropractic care. You are not a defenseless victim, though Big Medicine and Big Pharma would like you to think so.

Posted by Dr Harte - Liberator of Innate at 5:59 PM